Description:
What Lilly sees is about to change her life forever….
Help our heroine through a variety of enchanting environments brimming with magic and wonder, as she seeks to rewrite the past, change the present, and unlock the ultimate mystery. Geeta Games presents an animated adventure for all ages:
Lilly Looking Through.

History:
We officially became a game studio on January of 2012. We are a husband and wife team who have a passion for creating story driven entertainment. The name Geeta actually came from our youngest daughter. She was just starting to babble and speak, and for a week or so she crawled around the house saying “geeta geeta”. How she said it reminded us of something an ewok from Star Wars would say. It stuck, and we became Geeta Games.

I worked 6 years in film on such movies as Harry Potter, Alice in Wonderland, and The Chronicles of Narnia, as well as Animated features including Cloudy with a Chance of Meatballs and Walt Disney’s Bolt . Before film, I worked over 10 years in Video Games and worked as a production designer, game designer, and artist on many adventure games including Myst 3:Exile™, RealMyst™, and Uru™: Ages Beyond Myst. On Myst 3:Exile, I was the designer responsible for creating the layout and all the puzzles for the Amateria age . I also created some of the puzzles on J’nanin the “Hub” age. When I was working at Cyan on Uru, I worked on the design team creating puzzles, environments, and ages with some of the original creators of Myst, Rand and Ryan Miller.

Jessica also has a background in animation. She worked on a Sci-Fi channel miniseries called The Triangle, The Chronicles of Narnia, Barnyard: The Movie, 10,000 BC, and a 3D artist for Moving Picture Company’s commercial division. 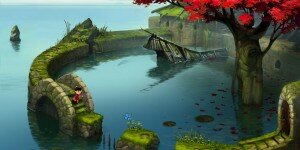 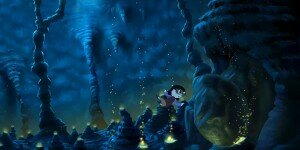 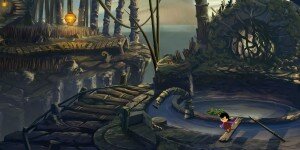 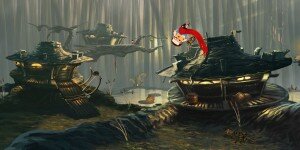